Ryan Singer has mentioned that Basecamp use “A hopper, not a roadmap” as a way of managing upcoming work.

A collection of ideas about what to do in the future without any order or sequence and without any commitment to doing any of them.

So in contrast, a roadmap (or backlog) is usually:

A list of defined work that is committed to and completed in sequence. 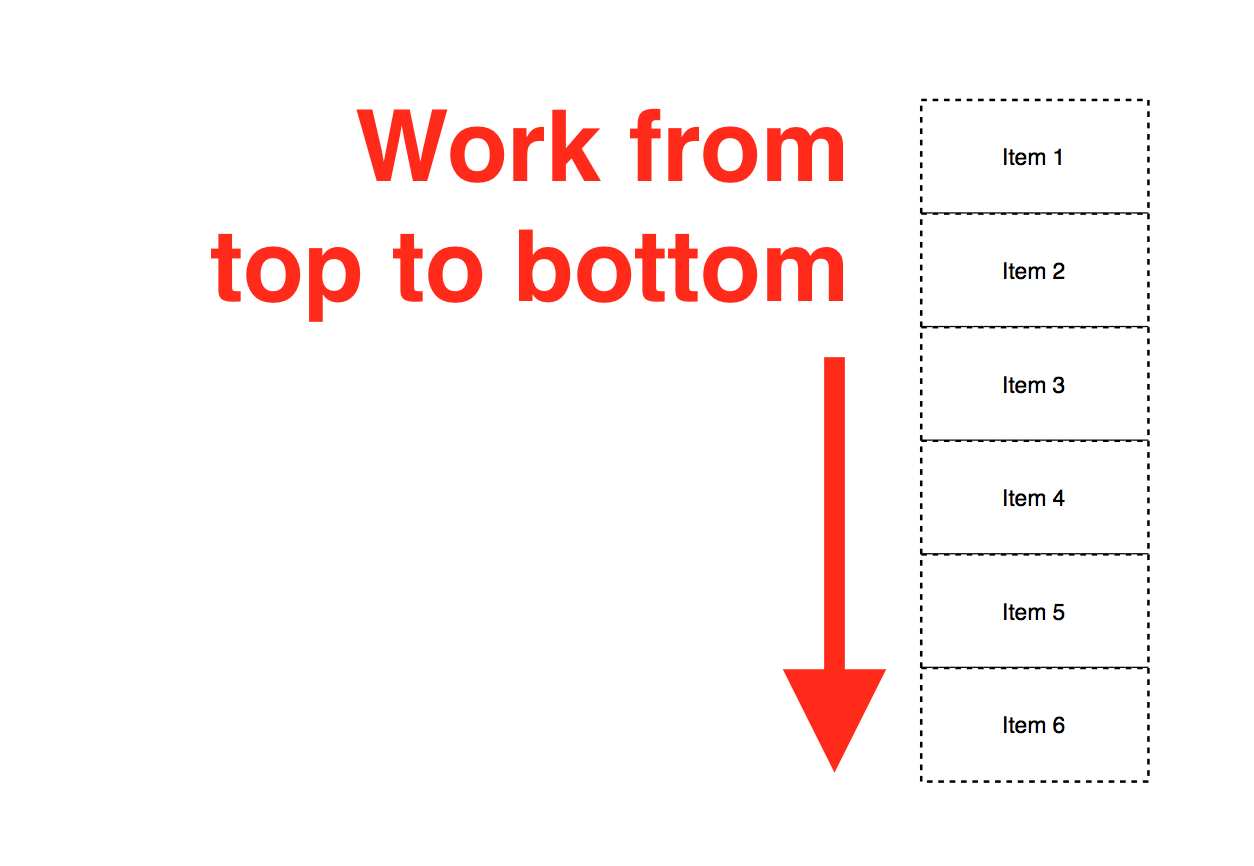 Why the Hopper works for Basecamp

Basecamp have lots of other work practices in place so that their system works together.

The key parts that I think allow the Hopper to work for them are that:

Moving to a Hopper

In smaller teams where the team is both defining concepts and implementing the work, or where the Hopper idea is failing because you’re lacking some other parts of the system, I think a hybrid approach may help move in the right direction.

We know that Basecamp prune the Hopper to some degree:

Yeah, it’s also not a backlog. I like to use a tile map. There’s only a limited amount of space on each tile so it naturally limits the number of things.

The most important item is the one at the mouth of the Hopper, as this will be the target of the next cycle. Try to carve out a good portion of uninterrupted time to work on this item so that you can be confident that some version of it will get shipped. It can be difficult to do this, as in smaller teams you also need time to keep the business running. I’d aim for between 50-70% allocated for “hopper” work. Start smaller, so that you’re more confident in shipping some version rather than trying to allocate too much time and then running over.

You also need to allocate some time to looking ahead. Aim to allocate enough time during a cycle to look at the item at the mouth of the hopper and clearly define the work that should happen in the next cycle. Try to remove unknowns and define what’s in and out of scope.

Ideally, all work in the hopper should be clearly defined pitches, rather than vague ideas. If they’re not, then spend time during cycles figuring out the details as they get closer and close to the mouth. Feel free to eject them from the hopper if there’s still too much uncertainty, or other more well defined and important items of work come up.

The idea is that you still get a feeling of security about the next 6 blocks of work coming up, but you start to introduce the idea that the items can be changed, and that the next item is clearly defined so that you’re really confident that it will get completed during the cycle.

Items closer to the mouth have a higher cost of change, as more homework has been done on these to refine them in to a workable concept. The homework is still useful even if the item is switched out, but the team will need to re-familiarise with the problem if it gets chosen in a later cycle.