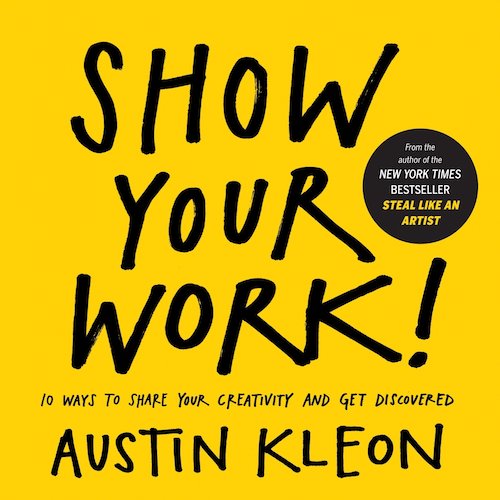 In order to be found you have to be findable.

Instead of wasting time “networking”, take advantage of the network.

Scenius: Great ideas are often birthed by a group of creative individuals.

The real gap is between doing nothing and doing something.

Think about what you want to learn, and make a commitment to learning it in front of others. i.e. “Follow along with me as I learn X”, rather than “I’m trying to pretend I already know all about X”.

By putting things out there, consistently, you can form a relationship with your customers. It allows them to see the person behind the products.

Become a documentarian of what you do.

Sharing your process might actually be most valuable if the products of your work aren’t easily shared. 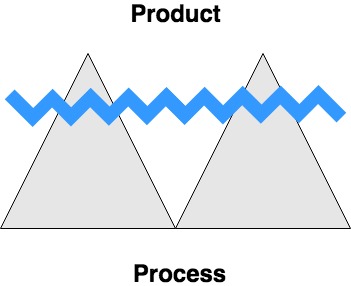 Documenting and recording your process as you go along has its own rewards; You’ll start to see the work you’re doing more clearly and feel like you’re making progress. And when you’re ready to share, you’ll have a surplus of material to choose from.

Building a substantial body of work takes a long time – a lifetime, really.

If you’re in the very early stages, share your influences and what’s inspiring you.

If you’re in the middle of executing a project, write about your methods or share works in progress.

If you’ve just completed a project, show the final product, share scraps from the cutting-room floor, or write about what you learned.

Maintain your flow while working on your stock in the background.

Stock is best made by collecting, organising and expanding upon your flow.

Don’t think of your website as a self-promotion machine, think of it as a self-invention machine. Online, you can become the person you really want to be.

4. Open Up Your Cabinet of Curiosities

Your influences are all worth sharing because they clue people in to who you are and what you do – sometimes even more than your own work.

Work doesn’t speak for itself.

The stories you tell about the work you do have a huge effect on how people feel and what they understand about your work.

If you study the structure of stories, you start to see how they work, and once you know how they work, you can then start stealing story structures and filling them in with characters, situations and settings from your own life.

Strike all the adjectives from your bio.

6. Teach What You Know

The technique of barbecue is actually very simple, but it takes years and years to master. There’s an intuition that you only gain through repetition of practice.

When you teach someone how to do your work, you are, in effect, generating more interest in your work.

If you’re only pointing to your own stuff online, you’re doing it wrong. You have to be a connector. Be an open node.

Start worrying about the quality of people who follow you.

8. Learn to Take a Punch

The more people come across your work, the more criticism you’ll face.

There’s never a space under paintings in a gallery where someone writes their opinion.

Even the Renaissance had to be funded.

At some point, you have to switch from saying “yes” a lot to saying “no” a lot. (I expect what you say “yes” and “no” to changes over time as you advance)

You just have to be as generous as you can, but selfish enough to get your work done.

Avoid stalling out in your career by never losing momentum.

The designer Stefan Sagmeister swears by the power of the sabbatical – every seven years, he shuts down his studio and takes a year off. “Everything that we designedin the seven years following the first sabbatical had its roots in thinking done during that sabbatical.”

When you throw out old work, what you’re really doing is making room for new work.