My Favourite Letters from More Letters of Note 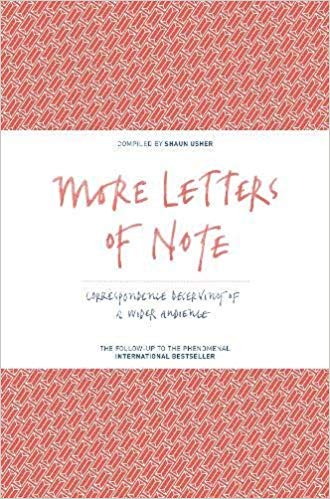 A really interesting letter about how, as organisations grow, the original culture erodes.

It reminds me of this clip on “Why companies fail” from Steve Jobs - The Lost Interview.

Maybe what I want to hear is that this prenominate war is natural and necessary and a sign of Towering Intellect: maybe I want a pep-talk, because I have to tell you I don’t enjoy this war one bit. I think my fiction is better than it was, but writing is also less Fun than it was. I have a lot of dread and terror and inadequacy-shit, now, when I’m trying to write. I didn’t used to. Maybe the terror is part of the necessary reverence, and maybe it’s an inescapable part of the growing-up-as-a-writer-or-whatever process; but it can’t – cannot – be the goal and terminus of that process. In other words there must be some way to turn terror into Respect and dread into a kind of stolidly productive humility.

This certainly feels true to me.

I used to spin up a new Rails app on an almost weekly basis to try out an idea or learn a new technique. My programing skills are now far better than they’ve ever been, but I can’t remember the last time I felt excited about a new app in the same way as I used to.

I think now the fun is more in doing less, but with higher quality.