This week has been mostly spent in frustration trying to figure out the shade component of my lamp project.

I’m really happy with the silhouette of the shade, but the way the light falls from it didn’t feel quite right, so I tried a few more quick cardboard prototypes.

The first update I made was to add the bevelled internal sections to see if that would diffuse the light any better than the straight-sided version.

This update only made a marginal difference, so the next step was to try a few more extreme ideas.

The first of these was to use horizontally spaced strips to see whether this would add more gradient. 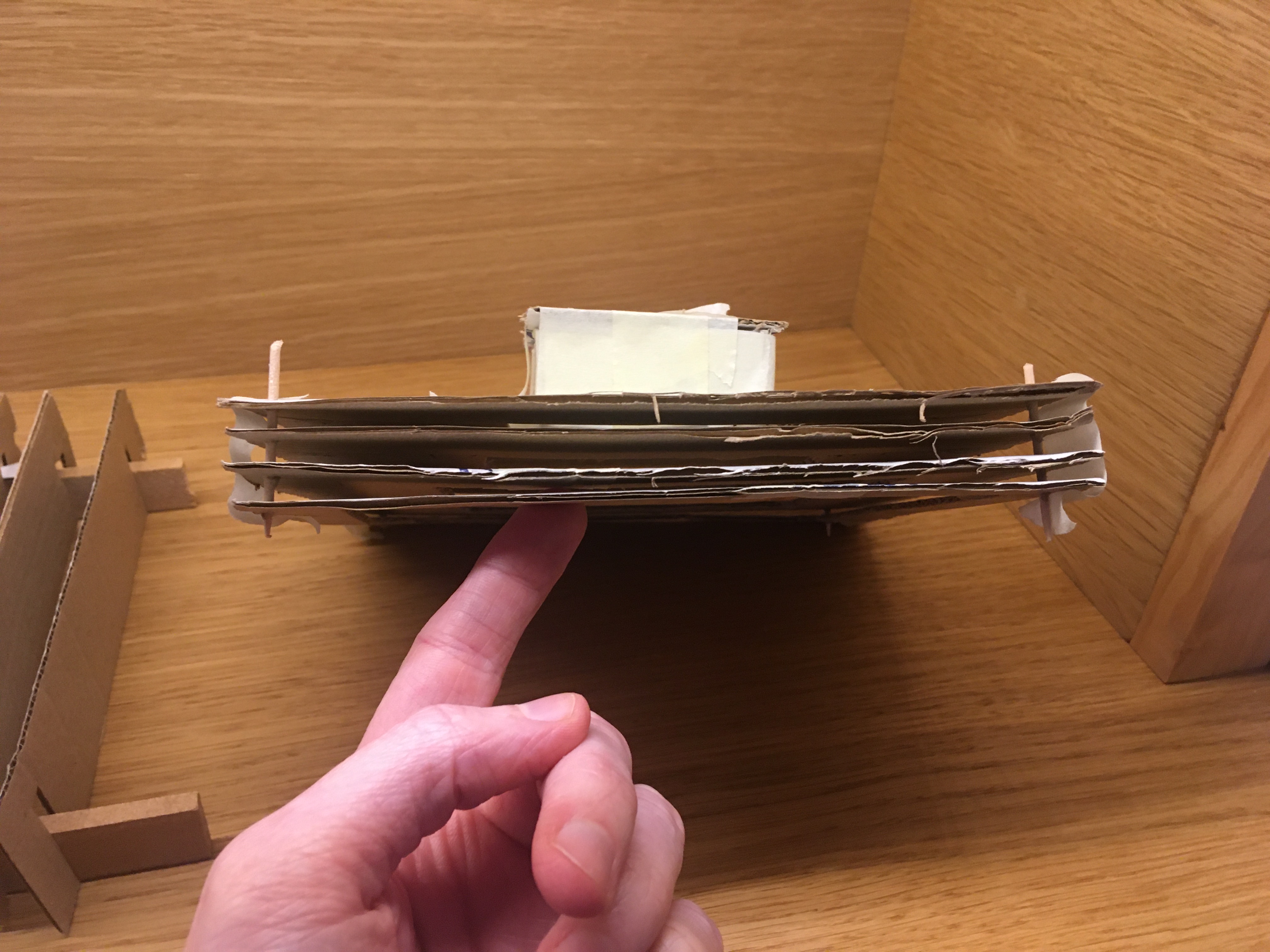 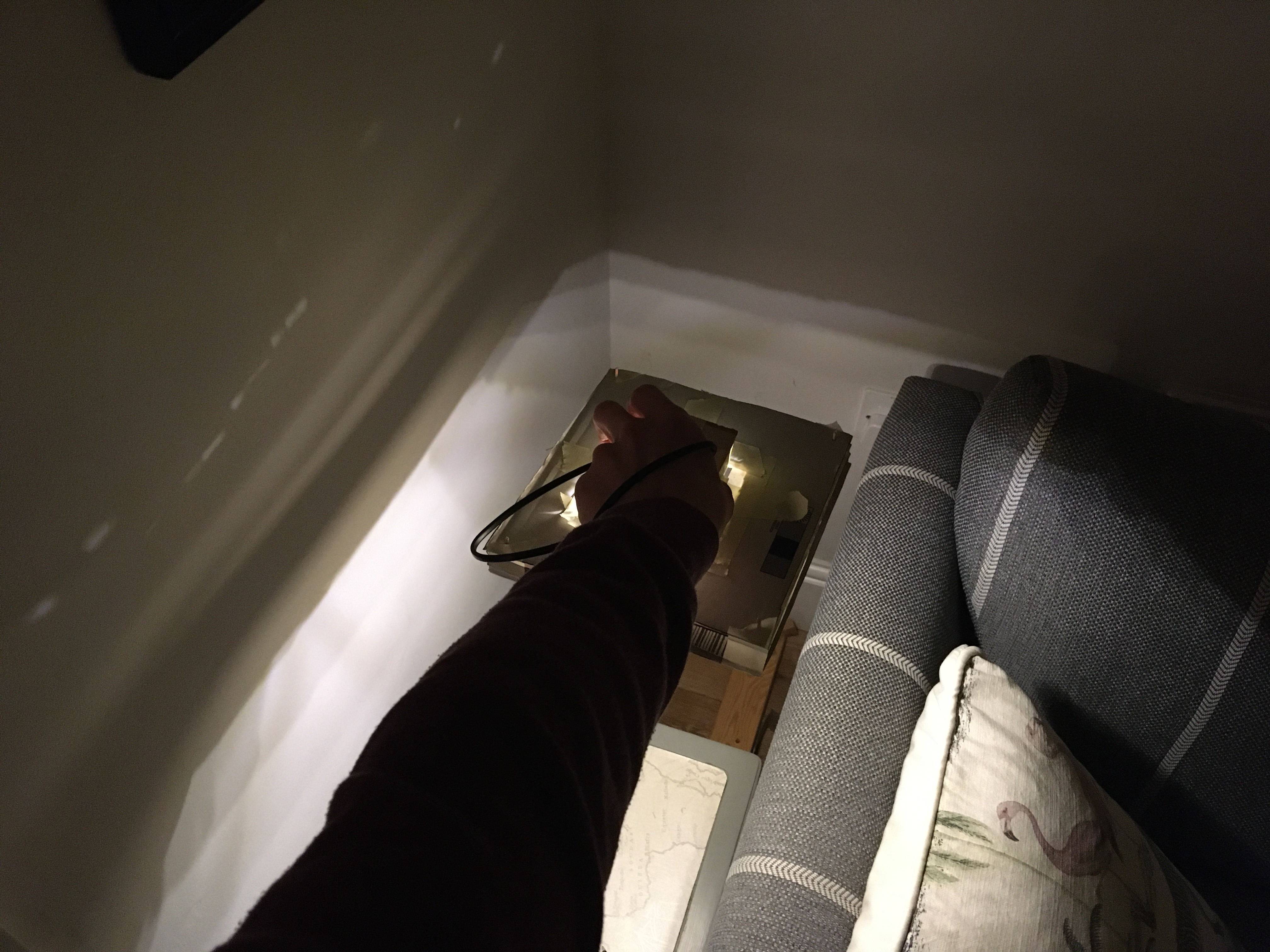 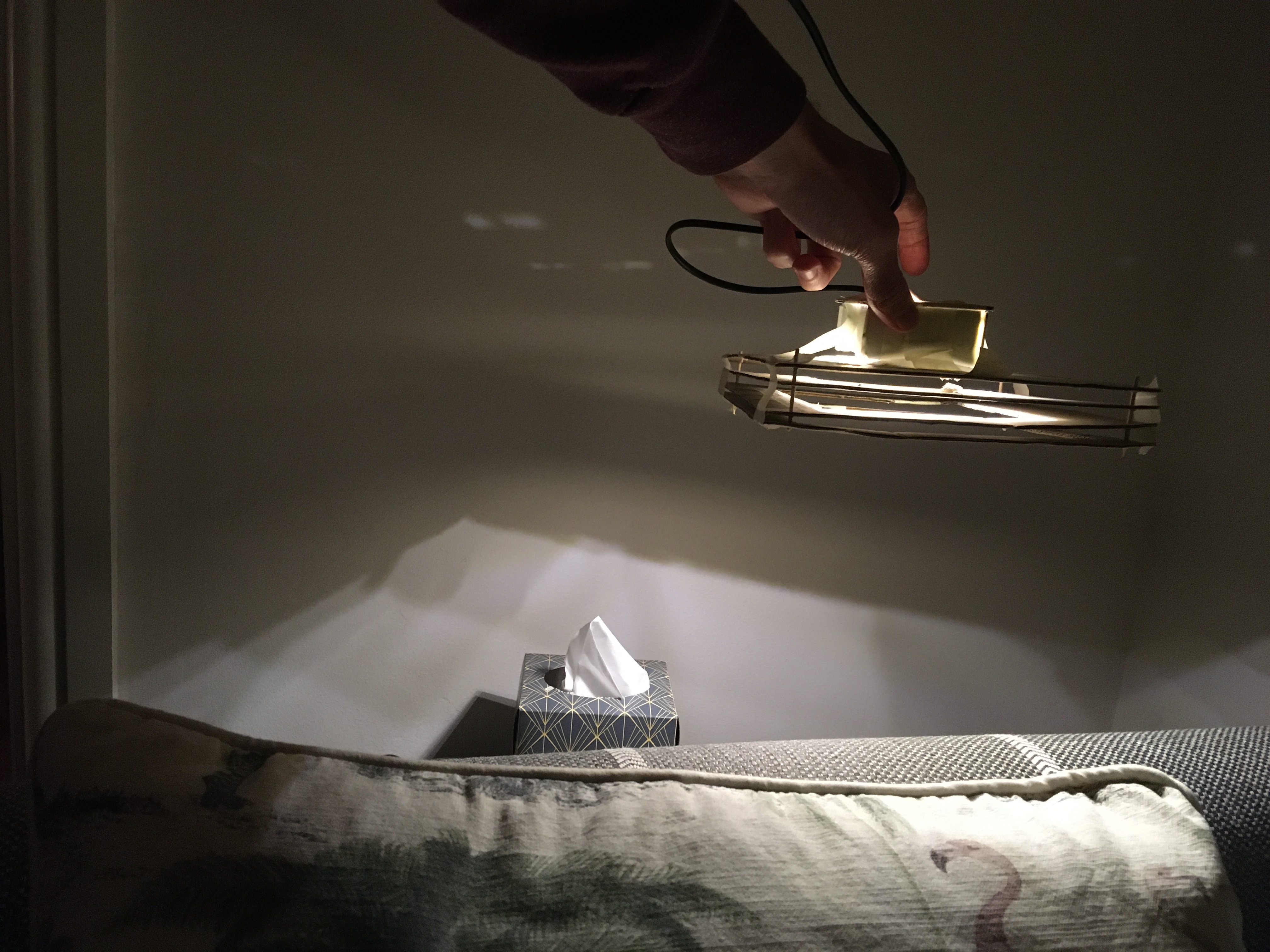 This definitely helped shape the light, but the lines of light were still quite distinct.

Another idea was to try vertical strips. This was quite tricky to construct in cardboard, so I just tried the most basic idea possible first. 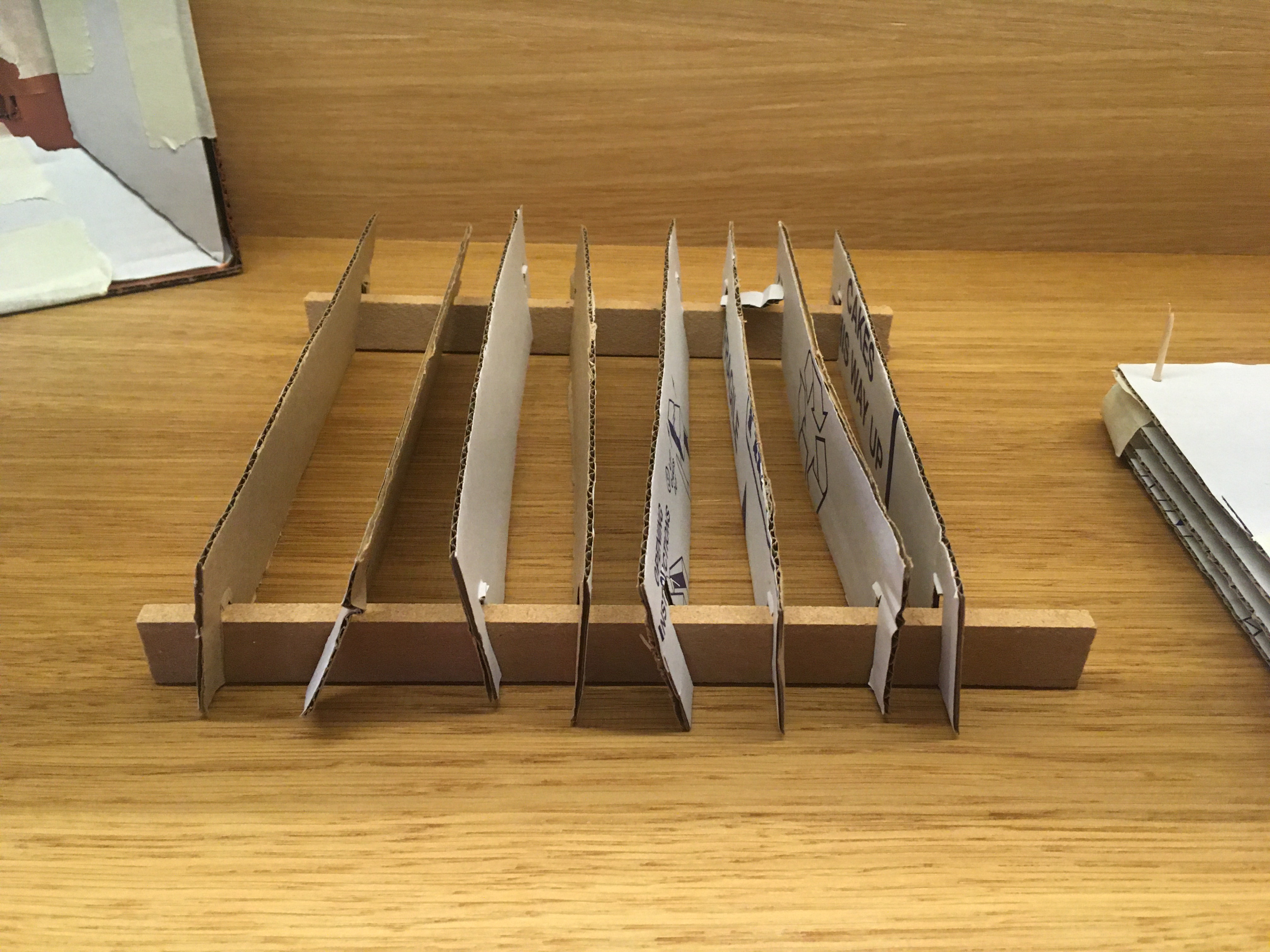 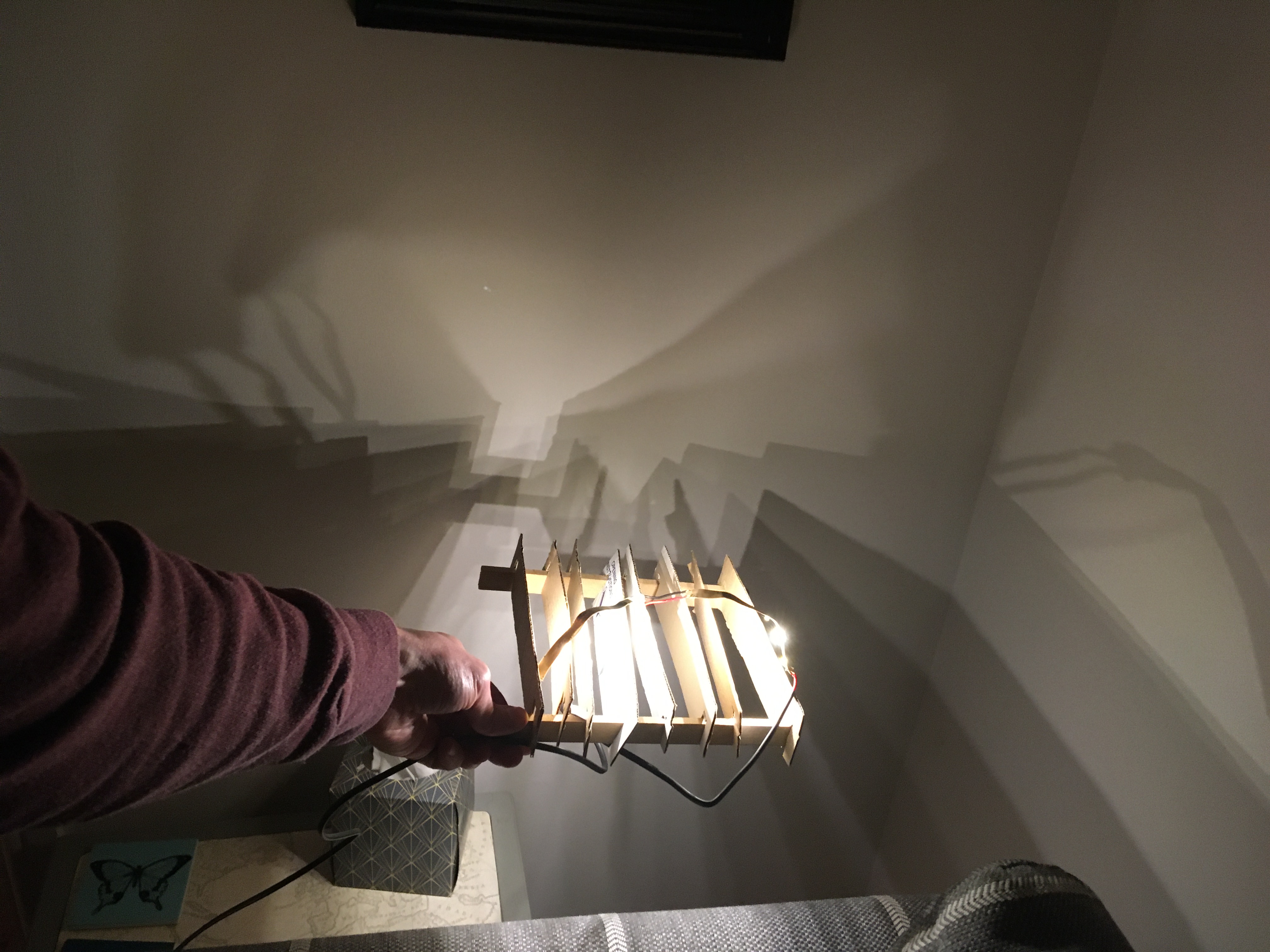 It certainly adds more shape to the light, I’m not sure it’s good shape! It feels really aggressive, and while I’m sure I could do a better job in construction, I’m not convinced it’s the right direction to take.

Given I was happy with the general shape, I decided to try removing opaque material around the sides and top of the shade. This seemed to soften and improve the light, even though the shape was similar. 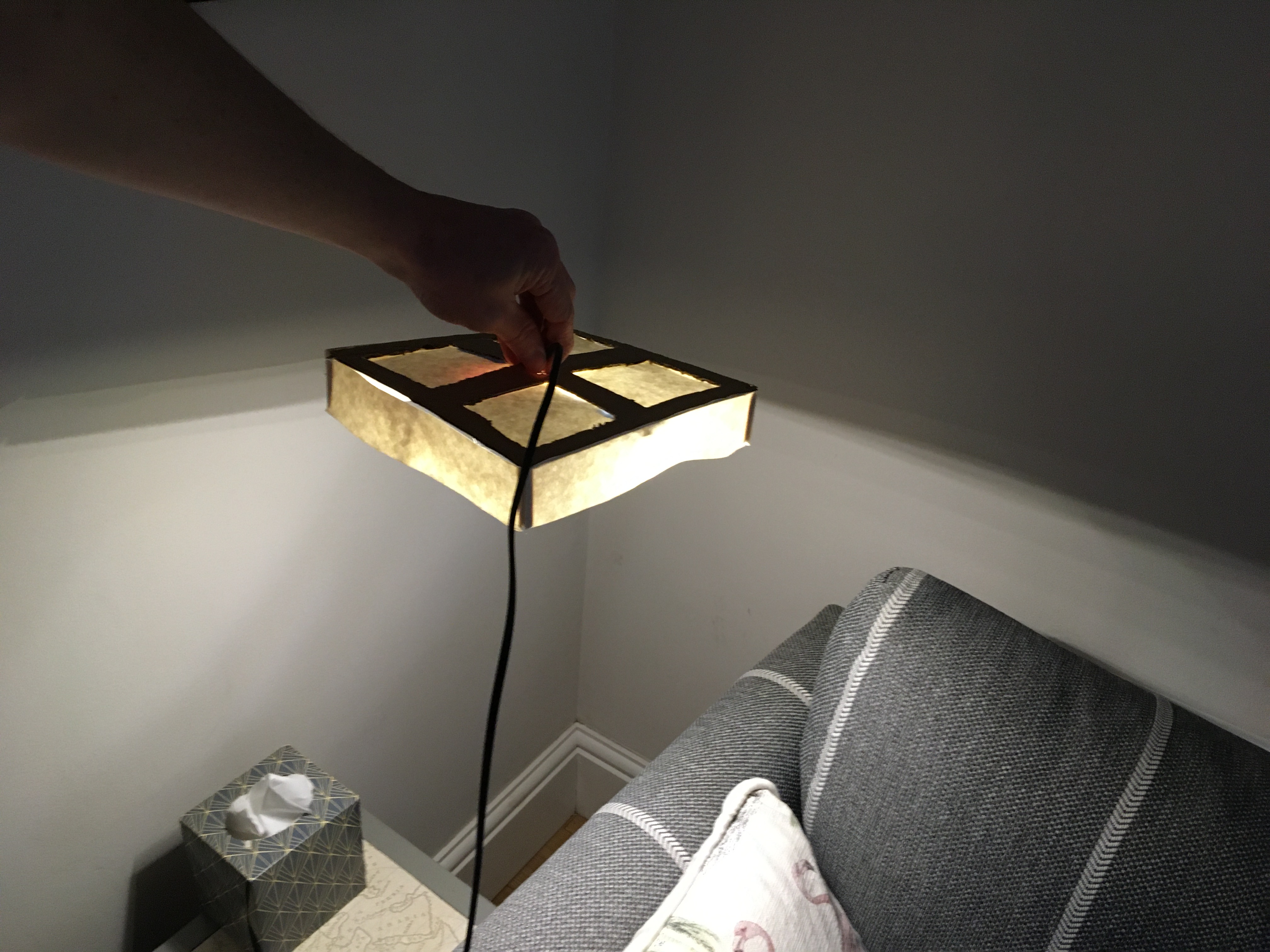 It felt like pushing more light through the top of the shade would help, so I hacked together an internal platform to add LED strips to face both up and down inside the shade. 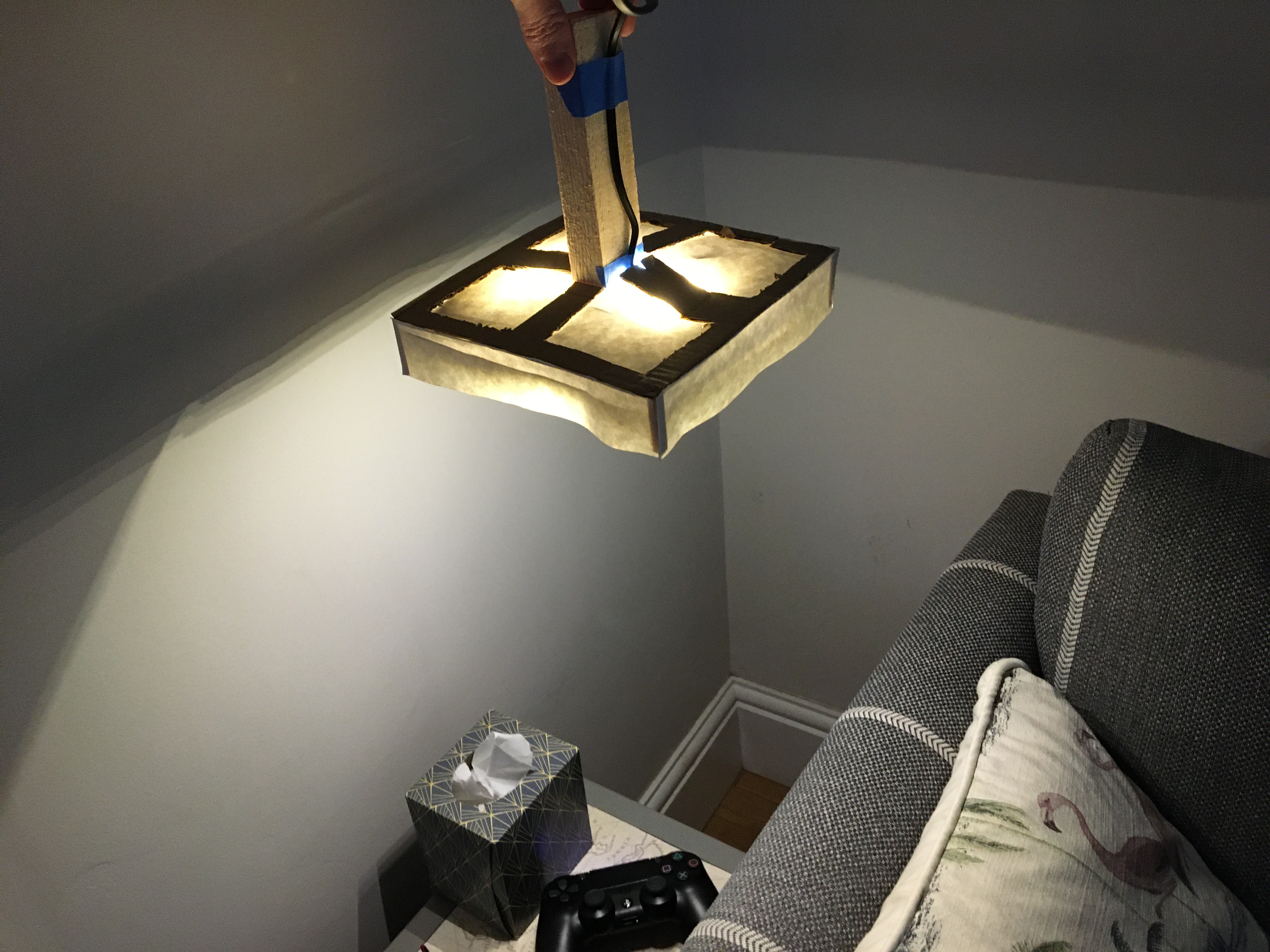 The photograph doesn’t capture it too well, but this added more shape to the light on the walls, and added more vertical light which helps reduce the starkness of the horizontal line.

We’ve now started on Book 2 – The Process of Creating Life.

Book 1 presents “living structure” as a static picture of the world. Book 2 stresses the fact that living structure is continuously evolving and changing, and the important thing is the processes by which it does so. Living structure is created by an unfolding process that preserves the wholeness at each stage of transformation.

We were also introduced to the concept of latent centres. These are centres which are implicit in the existing structure and can be strengthened to give the structure more life.

What is happening in a structure-preserving transformation is that you are trying to make latent centres stronger.

We joined breakout rooms and went through an exercise where each person performed a structure-preserving transformation from a very simple starting point.

It’s not the greatest example of course – Zoom annotations aren’t the highest fidelity or easiest to use – but the process was really fun to go through. Working with others was really interesting, as they added ideas that I wouldn’t have even thought of.

I’m well behind on Book 2 at the moment, but here are my notes so far…

This week’s talk was by Paolo Robazza on straw bale construction.

Straw bale has several benefits compared to “traditional” brick/block and mortar. Its thermal efficiency is great. To get the same performance with modern man-made materials would cost nearly double. It’s a little more expensive than meeting the minimum requirements with brick, but the cost can be recuperated over 10-15 years through reduced energy usage.

Straw bale comes with health and environmental benefits too. Due to the combination of straw and lime plaster, the walls are breathable. This better manages internal humidity levels; the walls absorb moisture if it’s too humid and release moisture if the internal air is too dry. Apparently this brings health benefits, and would be very expensive to achieve with modern construction. The equipment itself would be very expensive, and you’d need specialist engineers for installation and servicing. The alternative is just not managing this part of the environment, as is the case of many cheaply made modern buildings.

The majority of materials – straw, lime, wood – in straw bale construction are environmentally friendly. They aren’t harmful to make, and decompose if the building is demolished.

There aren’t any specific maintenance requirements for straw, other than being really careful to keep moisture out. There are examples of straw houses still standing after 100 years.

There’s a bit of a limitation in terms of height. The tallest is 8 storeys, but at a considerable cost. You lose some internal space due to wall footprint, so straw might be less appropriate in extremely limited plots. Thick walls is a pattern that adds life to buildings though, so can be worth the tradeoff. As with stud walls, there’s a bit of thought required when it comes to hanging cupboards. Wood backing can be added to the timber frame beneath the plaster.

I was mostly impressed at how beautiful some of the examples looked. They looked modern, but with a calm, organic feel. 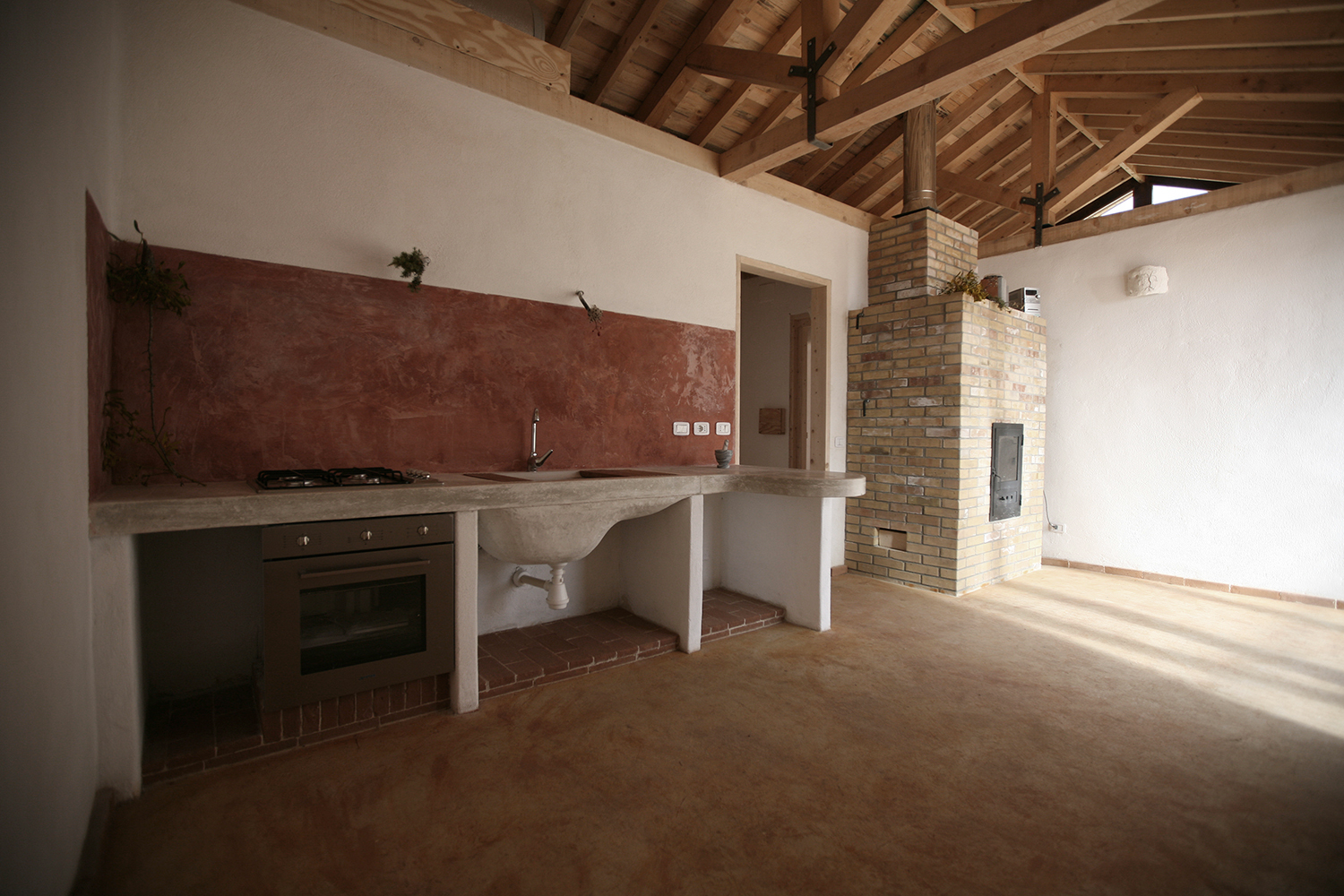 So why don’t people use this method more? In Italy, Paolo thinks that people don’t trust the techniques. They’ve been brought up with brick and concrete. People are starting to visit these houses and take note. He built a really small house on his land to let people touch and feel the walls and see what you can do. Paolo and his team are trying to do make the style more contemporary. It’s important that this isn’t just seen as a “rural” style for wider adoption.