After the Field of Centres analysis the next thing to do was try to common themes from the interviews and then apply them to the particular site in the form of a Project Language. 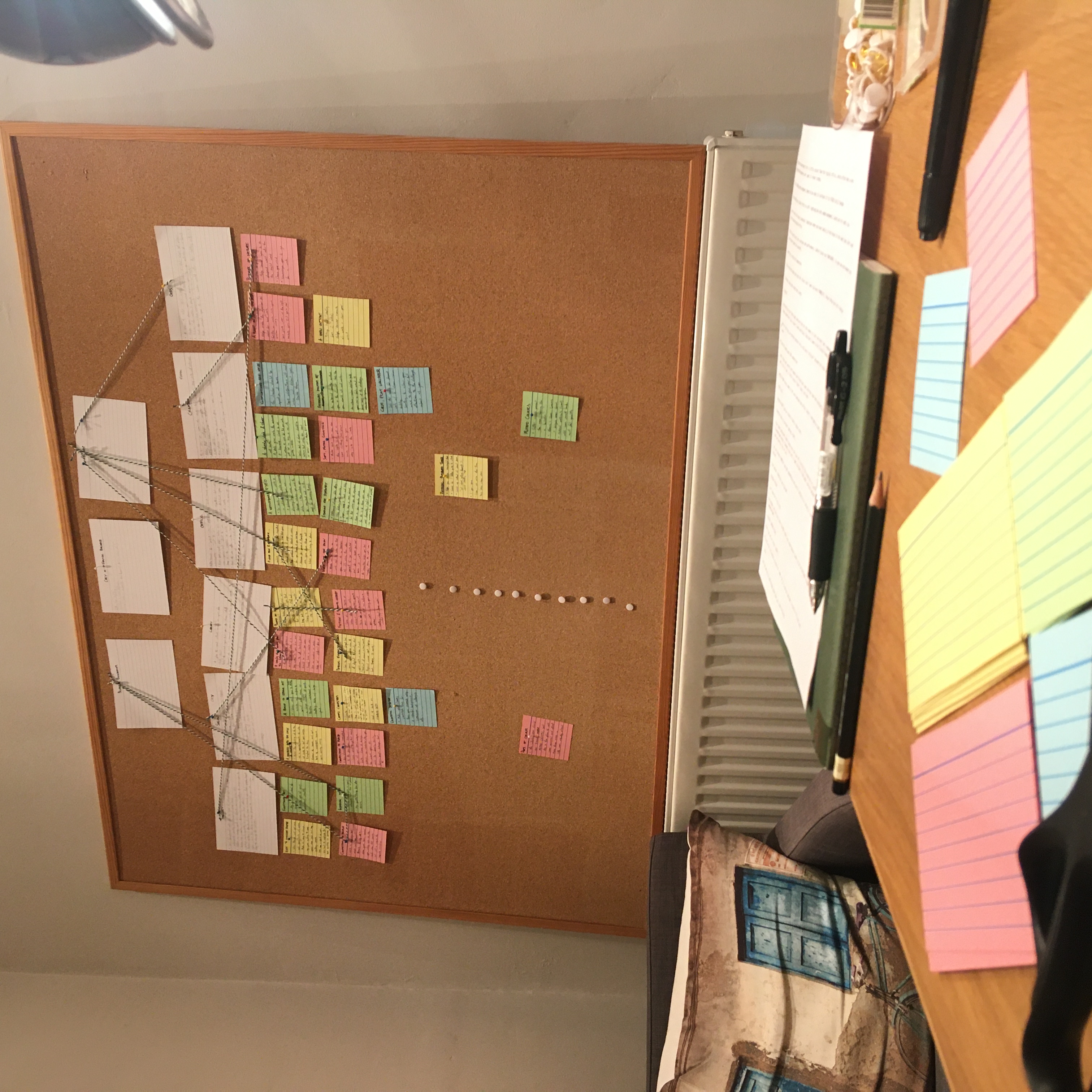 To get the initial groupings of themes, it was much easier to do in an analogue format where I could quickly pick cards up and rearrange them in physical space.

The Project Language was pretty difficult to construct. It should be sensory and use emotive language to make a reader really feel like they know and understand the vision for the completed space. It needs to be specific enough do convey the overall feeling, without being so specific as to constrain the unfolding of the actual building process.

Next thing was making a scale model of the site and context. I used 1:25 since that was a good balance between being able to include the entire context from my Field of Centres analysis, while still being physically big enough to see some details within the office space that I’d be working on. 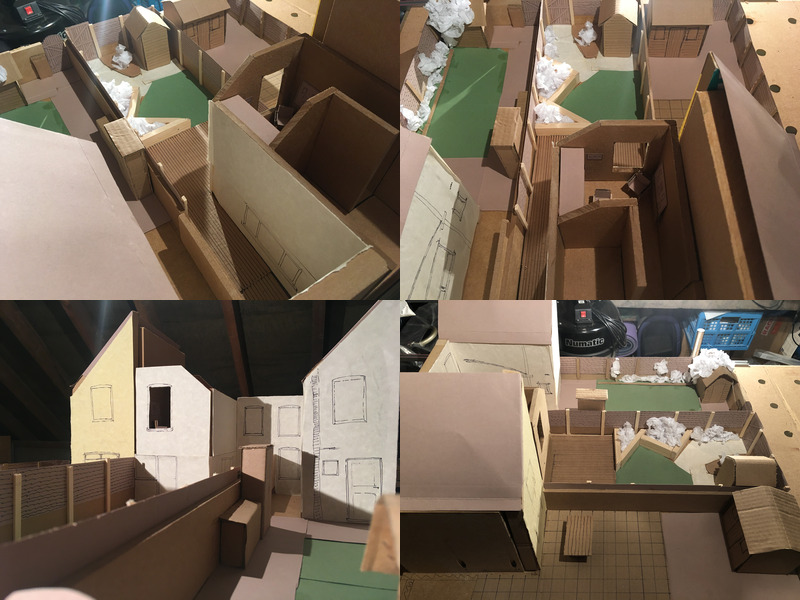 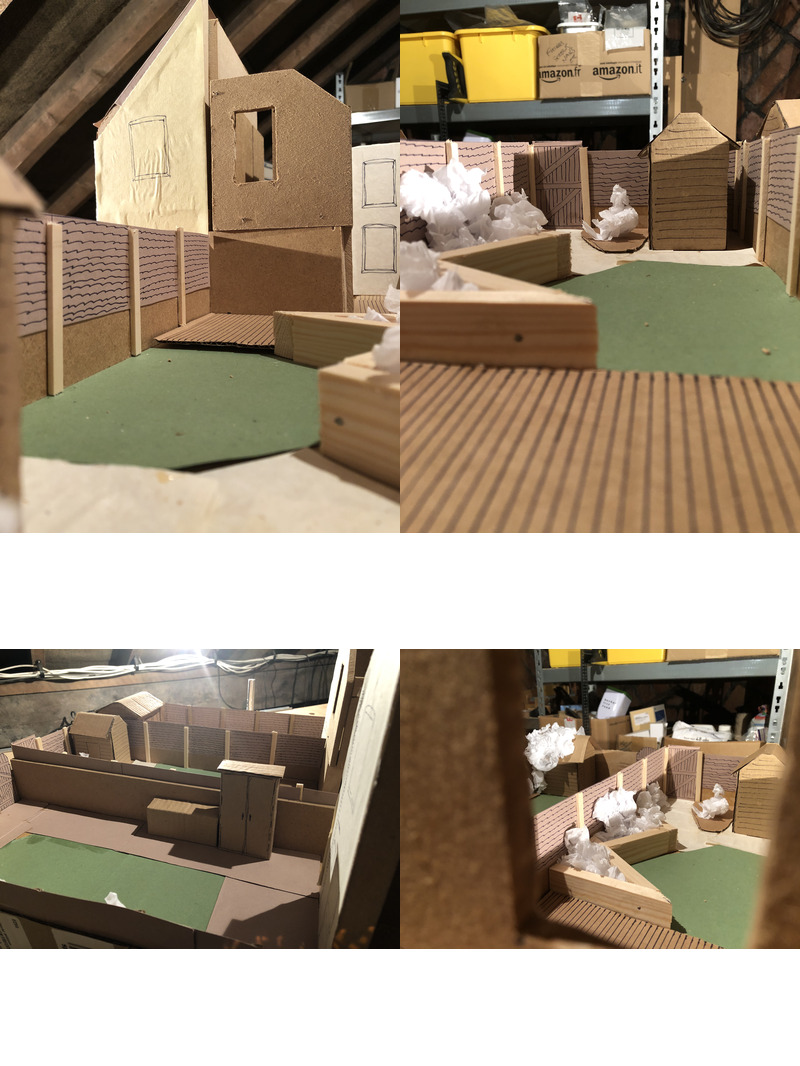 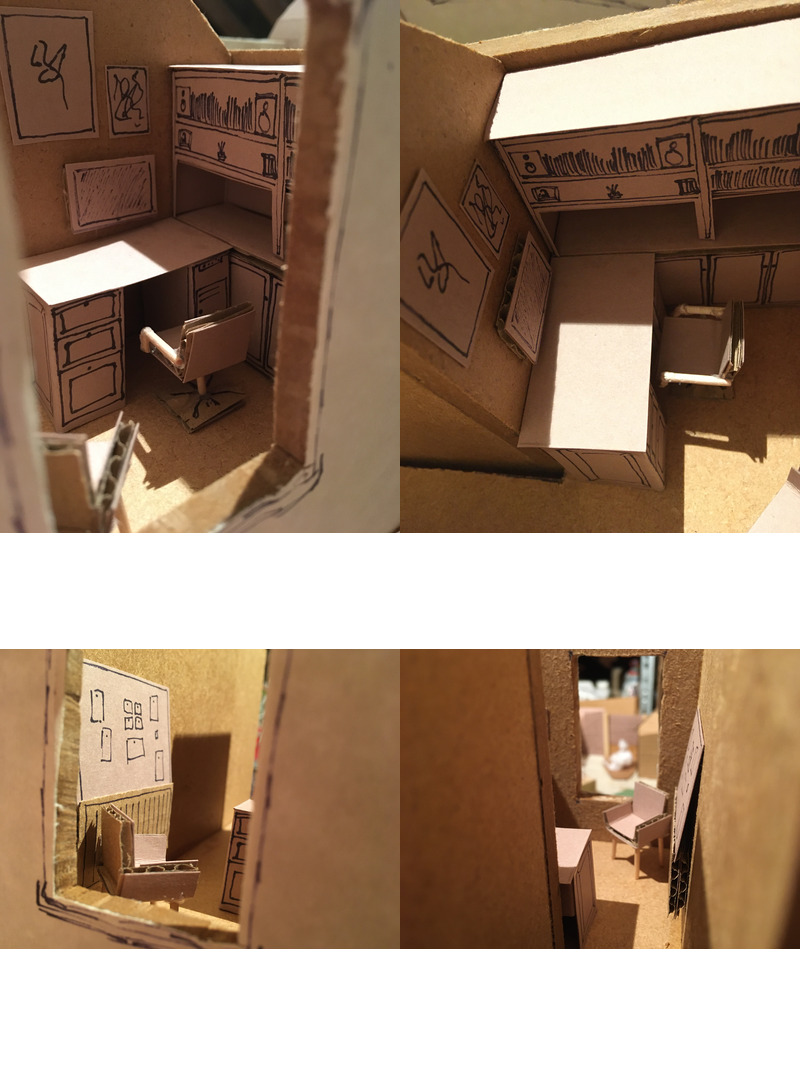 To place a few initial “stakes in the ground” I made the quickest possible “models” of my interventions. Basically, I just drew some things on yellow card and stuck them on. This set the scene for the direction I wanted to explore.

The aim of the Hallway space is for it to be a “Gallery”. A space that inspires as you transition between the “home” to the “work” context.

The main idea of the Radiator wall is to add a “Salon” space, with a separate computer for communications. This will be mounted in a standing position to give me a boost of energy when chatting with colleagues.

The hallway was relatively easy to unfold. Susan gave some great advice about adding another doorless doorframe and painting the hallway dark so that there’s a better sense of transition, and the dark to light makes the main office space feel lighter 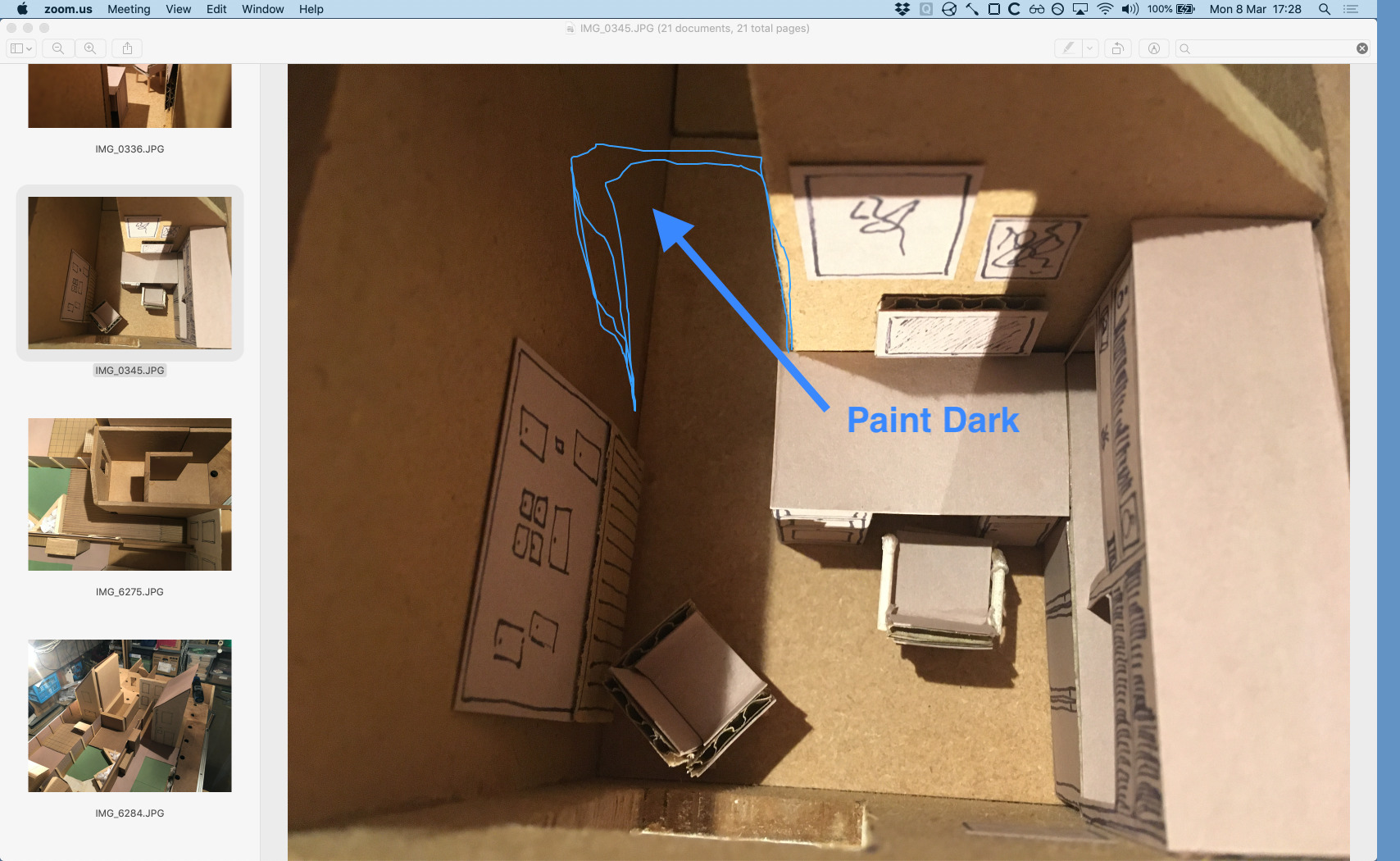 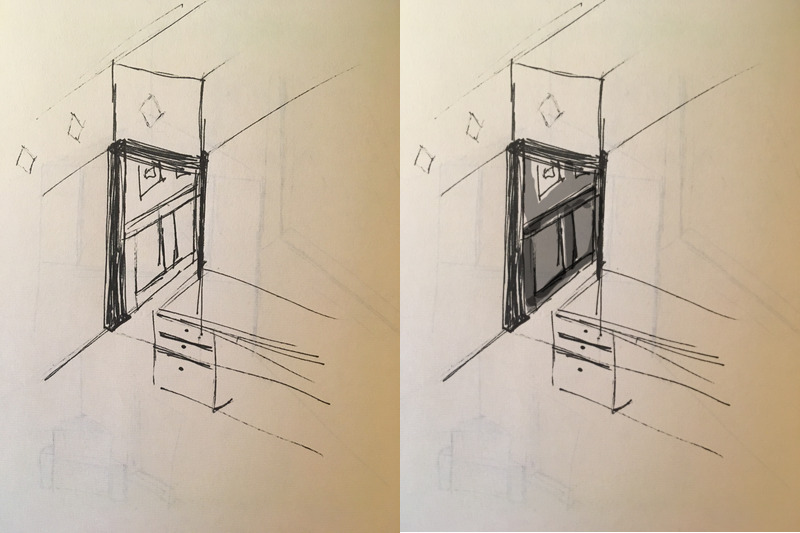 I mocked up a couple of variations of this, but any of them feel like they’d work well. The next move to make here is to mock up the specifics of the panels and layout in 1:1. 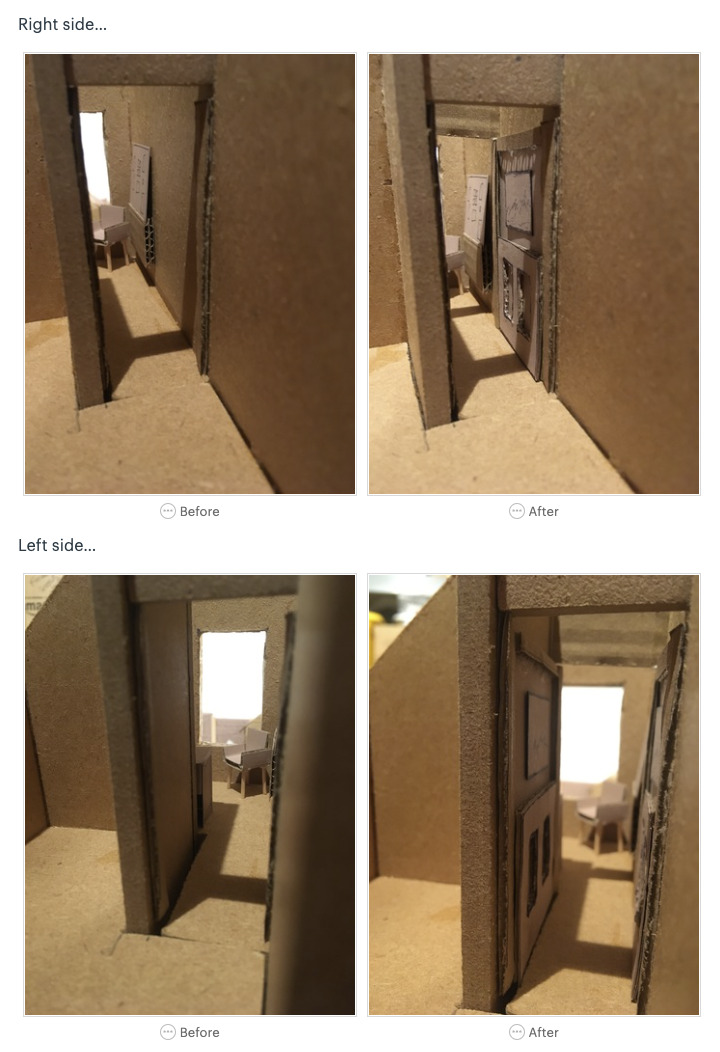 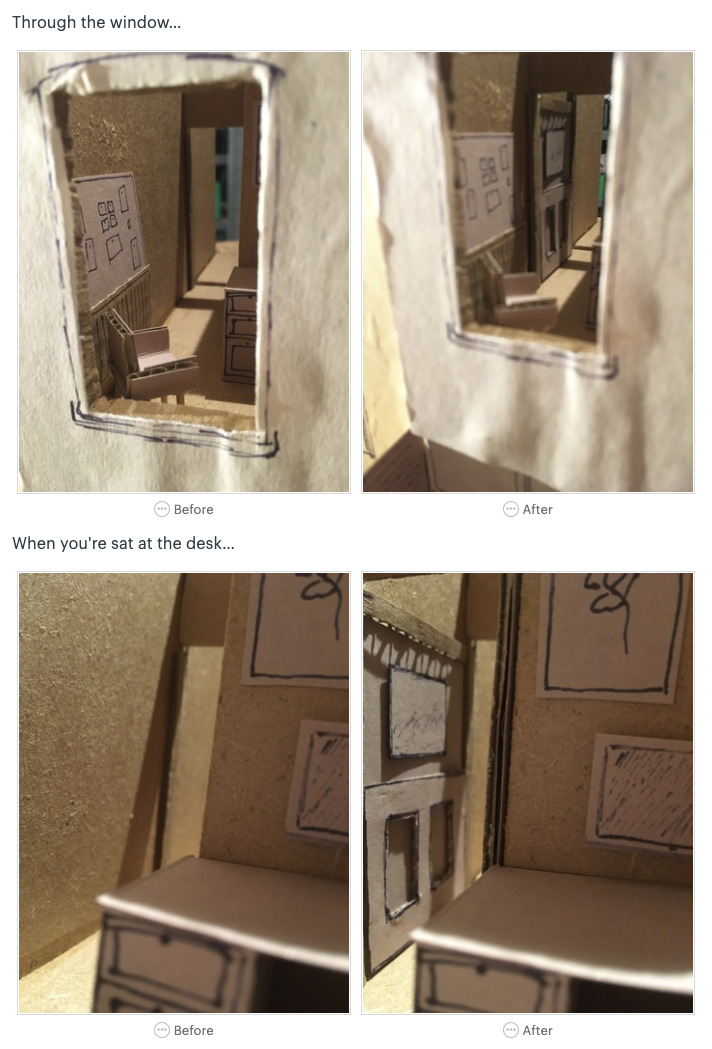 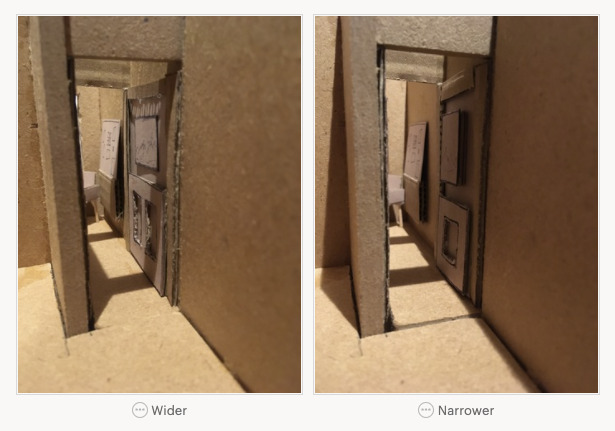 While I’m not unhappy with the current window seat, making it coherent with the new additions of a communications computer has been quite the challenge.

My initial idea was to create a little booth with some soft lighting so that the space feels cosier and connects to the rest of the wall. 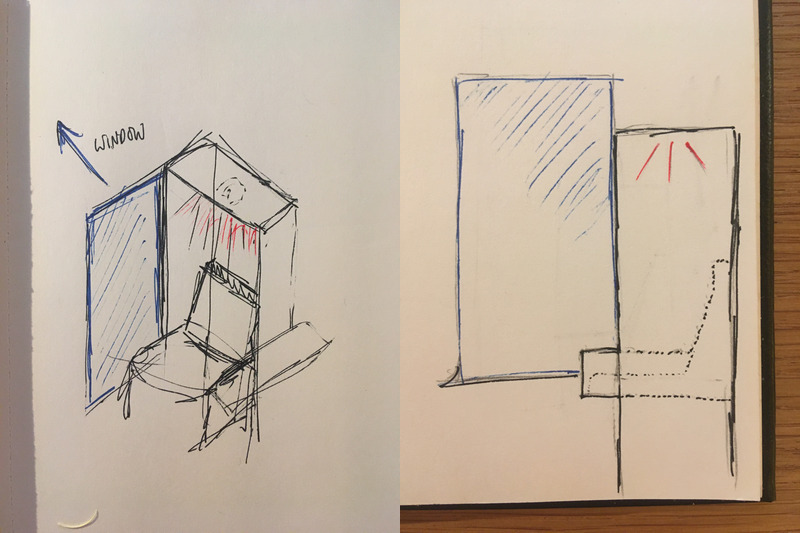 I didn’t feel quite sure about the quality of the mockup, so translated to SketchUp to try it with a little less roughness.

While I feel like things are starting to come together, some of the feedback was to explore different ideas around a window seat. 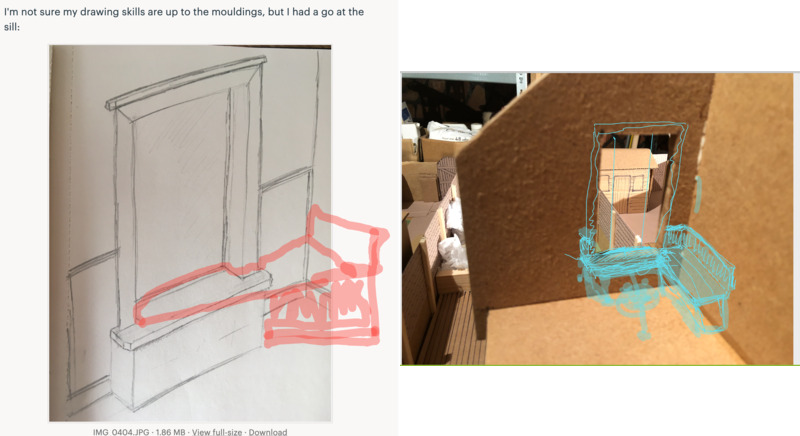 I explored a few ideas around this, but an angled seat just doesn’t feel right. 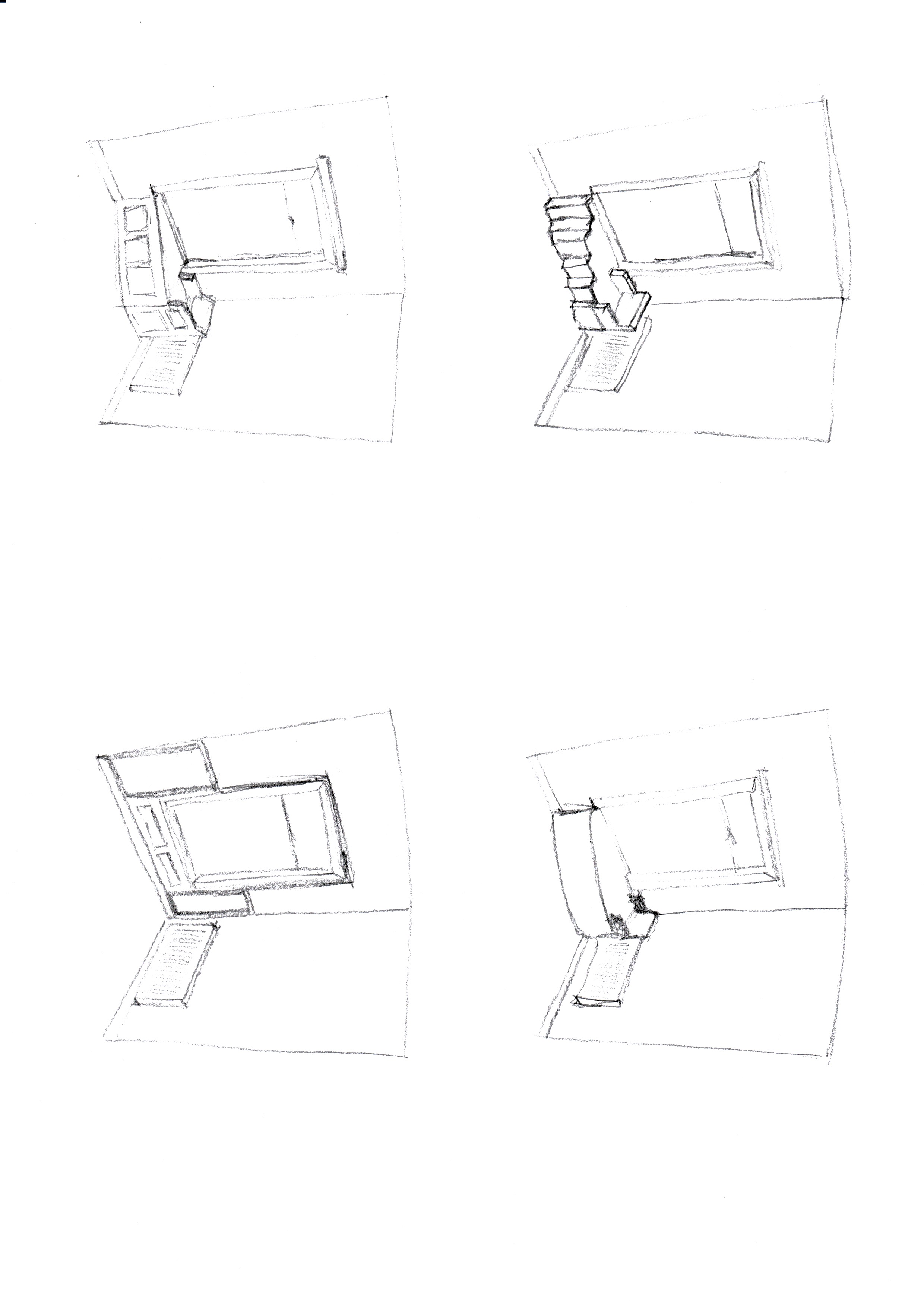 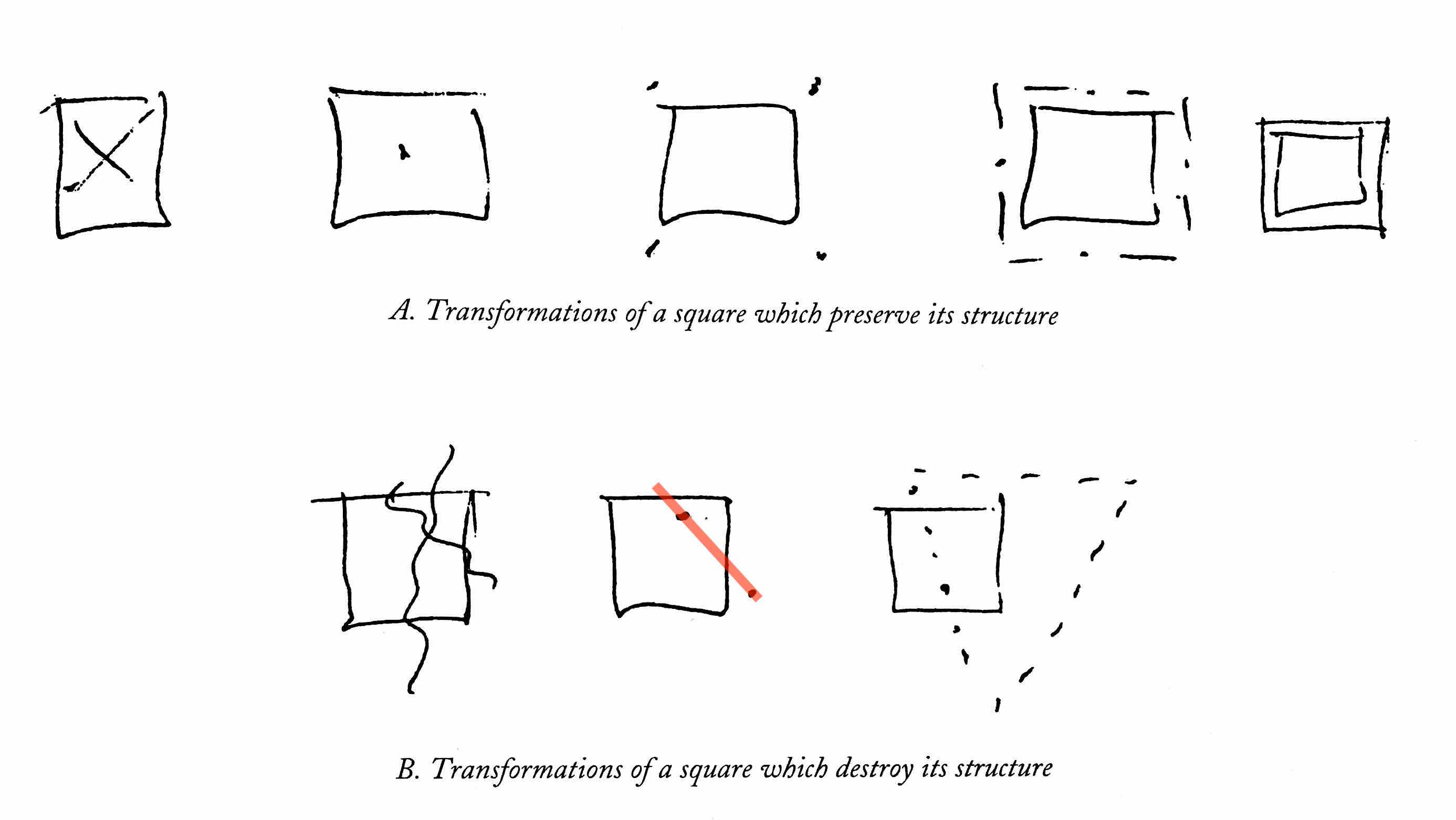 It feels forced and actually quite uncomfortable to even look at the sketches.

Adding depth to the window feels much better, but due to the small size of the office, would take a rethink of the entire layout. 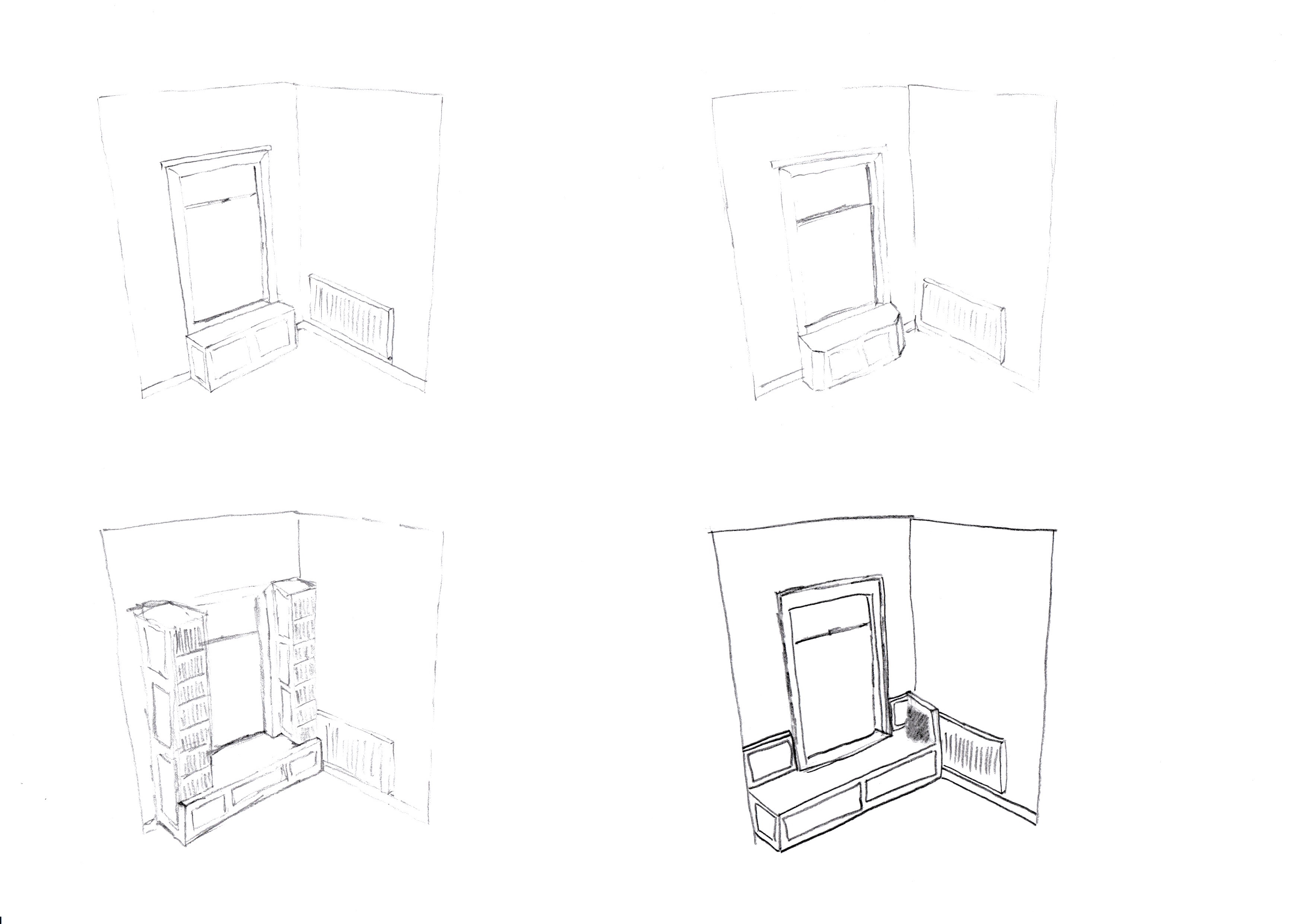 Now that we’re getting to the end of the course they’re bringing out the big guns! We’ve had guest appearances from Kent Bloomer, Shlomo Angel, Nikos Salingaros and Hajo Neis.

It’s been really interesting to hear from people who worked with Alexander, and their takes on the material we’ve been reading.

I haven’t made it to Book 4 yet, where “Alexander addresses the cosmological implications of the theory he has presented”. Other students have noted that they’ve been pleasantly surprised, so I’m quite intrigued.

We’re having some great conversations, but it’s difficult at the moment to pin down any conclusive relations to the 15 properties, especially at the source code level.

Terminology is really important. We’ve been asking what is a “material” vs a “tool” vs an “environment”.

We’re trying to consolidate what we’ve learned so far to at least lay some breadcrumbs for those who come after us.